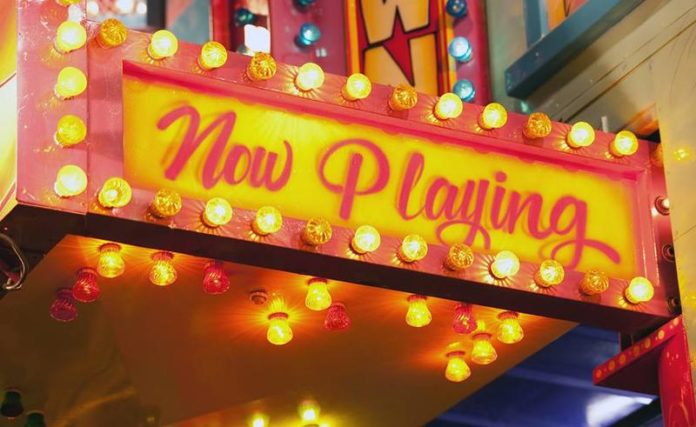 December is both the heart of the holiday movie season and peak awards season contention time. This December, there is no bigger movie than Star Wars: The Rise of Skywalker, but other epic action-adventure movies are also heading our way, including Jumanji: The Next Level and The Aeronauts. As has become a holiday tradition, a big, splashy musical adaptation is hitting theaters with Cats, as well as two based-on-a-true-story biopics in Bombshell and Richard Jewell. For those more interested in indie fare and potential awards season darlings, keep your eyes on Portrait of a Lady on Fire, Just Mercy, A Hidden Life and Uncut Gems.

There’s a lot to choose from, but have no fear. Here’s your handy breakdown of the biggest movies and best indies being released in December 2019.

December kicks off with The Aeronauts, a (literally) high-flying adventure starring Felicity Jones and Eddie Redmayne. Jones plays adventurous hot air balloon pilot Amelia Wren who teams up with pioneering meteorologist James Glaisher (Redmayne) to fly higher and farther than anyone in history. Their crazy goals fly in the face of what everyone believes possible in 1962: She wants to be the highest-flying balloon pilot ever, and he aims to advance humankind’s understanding of the weather. But as they face dangerous challenges during their daring flight, it becomes as much a battle of survival as one of adventure and knowledge.

Playmobil: The Movie is the latest attempt at building an animated franchise around a toy brand. A solid voice-acting cast centers the movie. Marla (Anya Taylor-Joy) goes on a search for her missing brother, Charlie (Gabriel Bateman), who accidentally gets pulled into the magical, animated world of Playmobil. With heavy LEGO Movie vibes, the pair go on adventures across amazing worlds and colorful landscapes, along the way realizing they can achieve anything they put their mind to.

Intellectual slow-burns with beautiful cinematography are big right now in indie horror, and Little Joe falls exactly under that umbrella. A single mother and plant breeder (Beecham) has engineered a new plant genetically designed to make its owner happy. But when she brings a specimen home to her son, she discovers that the plant is taking on a life of its own and its effects might be far more sinister and widespread than she had anticipated.

A surreal fever dream from IFC Midnight, Knives and Skin is one part neo-noir mystery when a teenage girl disappears in a small Midwestern town and one part hallucinogenic teenage coming-of-age story. After Carolyn Harper’s disappearance under mysterious circumstances, waves of tension, mistrust, and paranoia spread until the teenage girls of the town decide to take matters into their own hands. It’s Riverdale meets Twin Peaks and run through a Nicolas Winding Refn filter and a bold bit of work from director Jennifer Reeder. If you want something trippy and tense and dripping with queer feminist sensibilities without being sanctimonious, Knives and Skin might be your film.

Portrait of a Lady on Fire (Release Date: December 6)

In 1760 France, three decades before the French Revolution, painter Marianne is commissioned to paint a wedding portrait for soon-to-be-wed Héloïse. The young bride-to-be is newly out of the convent and reluctant to be wed, so Marianne promises the guise of companionship while secretly painting her charge’s portrait by night. However, as they grow closer, their relationship changes and becomes more intimate. Marianne’s portrait of Héloïse soon becomes an act of defiance and a living testament to their forbidden love. Portrait of a Lady on Fire has been getting rave reviews on the festival circuit, so it might be worth checking out if you’re tired of blockbuster fare.

A remake of the original cult classic Christmas horror flick, Black Christmas is an updated version for a new era. During their holiday break, a group of sorority sisters realize they’re being stalked and killed by a psychopath. However, rather than being damsels-in-distress, the final girls get to the heart of it and realize that it’s part of a vast conspiracy. But they’re not going to just lie down and allow themselves to be picked off – they fight back. Horror fans have been waiting for this one for a while, so head to the theater for some holiday scares.

Hollywood loves a good based-on-a-true-story movie and Bombshell is another one heading our way. Centered on the events of the scandal within the Fox media empire and the eventual disgrace and resignation of Roger Ailes, it features an all-star cast of actors who transform themselves into the women they portray. If you’re a fan of intrigue and scandal stories, this one’s for you.

Dwayne Johnson & co. are back for Jumanji: The Next Level, the next sequel in the Jumanji franchise. You know the drill: The teenage characters get sucked back into the world of the Jumanji game – only this time, they bring along two geriatric stowaways and they end up in the wrong bodies. The gang soon discovers they’ve landed in a game that’s bugged – can they escape?

So many movies based on true stories in December! This one comes from famed director Clint Eastwood. Richard Jewell tells the story of the titular character, the security guard who discovered and reported the bomb planted at the 1996 Summer Olympics in Atlanta. He was initially hailed as a hero but then quickly became suspect #1 before his name was cleared. Despite never formally being charged, he was dragged through the media and this movie looks to take aim at the power of media and what happens when it reports irresponsibly.

Another biopic, this time from the dreamy, existential mind of Terrence Malick. A Hidden Life tells the true story of Austrian peasant Franz Jägerstätter, a man who was a simple farmer and became a symbol of heroism when he refused to bow to Hitler’s rule. Full of simple religious faith, the conscientious objector was put on trial and executed as a traitor, but lived on in history as a martyr.

Adam Sandler plays criminal Howard Ratner in the Safdie brothers’ latest, Uncut Gems. Ratner is a charismatic and shady New York jeweler who is always hustling for the next big score or con. He makes a series of high-stakes moves that could find him landing the biggest score of his life – but as pressure mounts from enemies, his family, and trying to keep his business afloat, it all might come crashing down around him. Watching it is a lesson in tension. Howard is the architect of his own demise, a bull in a china shop charging blindly toward every bad decision possible – and Sandler is utterly mesmerizing in the role.

Year after year, the Shaun the Sheep brand goes strong. The next movie in the series, Farmageddon, finds Shaun and his friends in more trouble. When an alien ship crash-lands on Mossy Bottom Farms, Shaun and the other farm animals go on an adventure to get their new intergalactic friend back to her home planet. But a sinister government organization chases them and their alien buddy. Can they save her in time?

As has become tradition in December, this holiday season will see the release of a prestige, showstopping musical. This year it’s Cats, the bizarre and beloved musical about a group of cats called the Jellicles who must decide which of them will die and ascend to the “Heavyside Layer,” their version of the cat afterlife. It’s weird, it’s colorful, and it makes no sense – but it’s loved for a reason, and this time it comes with an all-star Hollywood cast.

After 40 years, the Skywalker Saga will finally be coming to a close with Star Wars: The Rise of Skywalker. Generations of fans around the globe are waiting with anticipation to see how it all ends for our beloved characters. Will Kylo Ren be redeemed? Will Rey turn to the dark side? Will they forge a new era of Grey Jedi? We’ll find out when J.J. Abrams’ final installment hits theaters.

War buffs will like this one. Sam Mendes’ ambitious WWI drama is set all in one continuous shot. 1917 takes place at the height of the first World War and revolves around two young, British soldiers, Schofield and Blake. The pair is given a seemingly impossible mission in which they must cross behind dangerous enemy lines to deliver a message about an ambush. If they don’t make it in time, it will mean the death of hundreds of their countrymen and fellow soldiers – including Blake’s brother.

Another remake of the classic novel by Louisa May Alcott, Greta Gerwig’s version of Little Women features a stellar cast full of some of the most talented young actors working today and a handful of legendary veterans. The story of the March sisters – Meg, Jo, Beth, and Amy – along with their neighbor and family friend, Laurie – as they grow up and navigate the trials and tribulations of becoming adults in Civil War-era America is a timeless one. Expect Gerwig to breathe new life into it with her retelling.

Will Smith and Tom Holland lend their voice talents to this family film about two spies whose mission goes terribly awry. Lance Sterling (Smith) is the greatest spy in the world. He’s James Bond and Ethan Hunt rolled into one. He enlists the help of genius young inventor Walter Beckett (Holland) for help when he confronts a danger that could threaten the entire world. Unfortunately…Walter has to turn Lance into a pigeon to make it happen – hence Spies in Disguise. Expect lots of family fun and adventure in this animated film.

This one is sure to tug at the heartstrings. Another true story, this one revolves around young lawyer Bryan Stevenson (Jordan) and his history-making legal battle as he fights for his client Walter McMillian (Foxx). Walter is accused of the murder of an 18-year-old girl, but the evidence mounts that he’s innocent, with the only testimony coming from a criminal with a motive for lying while on the stand. Bryan becomes embroiled in the case that spans years as he fights a legal system that is outdated and racist, built to throw away the very people he fights for.