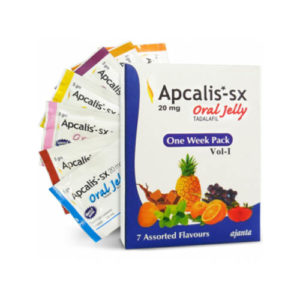 Erectile dysfunction is the most common form of male sexual dysfunction and its frequency is increasing every year due to an increase in life span and various adult diseases. The causes of erectile dysfunction can be largely divided into organic factors, psych psychological factors, and complex factors, of which psychological factors vary depending on the subjects and researchers, but generally account for about 30 to 40%.1 According to the Society for Sexual Dysfunction Research, it means that an erection is not sufficient or not maintained enough to maintain satisfactory sexual behavior due to psychological or interpersonal factors. Psychogenic erectile dysfunction is often associated with other sexual dysfunctions, especially desire disorders, and may also occur as a symptom of major mental illnesses such as depression or anxiety disorders.

Psychogenic Erectile Dysfunction Cardiac erectile dysfunction can be caused by a variety of causes, which can be divided into three categories: psychiatric factors, interpretative factors, and empirical behavioral factors. It is thought to occur due to complex action.

First, mental factors are the development of cultures, morals, and religions through the interaction between family and external social structures such as the idea of ​​masculinity, attitude toward women, sexual identity, and guilt about sex. Get affected. Interrelationship factors that lead to erectile dysfunction are often unsatisfactory relationships with couples or sexual partners, such as anger, hostility, and reduced sexual interest due to marital communication, lack of trust, discord, initiative struggle, and chronic illnesses of spouses. Last experience behaviors include a lack of good knowledge of sex, wrong or negative sexual experiences, and anxiety. Anxiety caused by adolescent and adult negative ideas about sexuality or shocking first sexual experiences affect erectile dysfunction. On the other hand, it is unstable to lose sexual excitement due to excessive worry of doing well during sexual intercourse, and other fears of recurrence after unexpected erection, and erectile dysfunction due to fear of failure.

Diagnosis and Treatment of

Psychogenic Erectile Dysfunction The diagnosis of psychogenic erectile dysfunction is the most important clinical interview with the patient and spouse, and thorough medical history and physical examination should be performed together. In particular, medical, psychiatric, neurological diseases, medications, injuries, surgery, and sex life are important, especially in newly married men who are suffering from erectile dysfunction due to excessive tension or when their spouse is suffering from chronic disease or sexually transmitted diseases In the case of sexual intercourse with other sexual subjects or during masturbation, such as in cases of febrile illness, selective psychogenic erectile dysfunction can be diagnosed only by listening to the history of patients with normal erection and orgasm. Psychological erectile dysfunction due to psychological factors may be suspected even in normal early erection and during sleep check now.