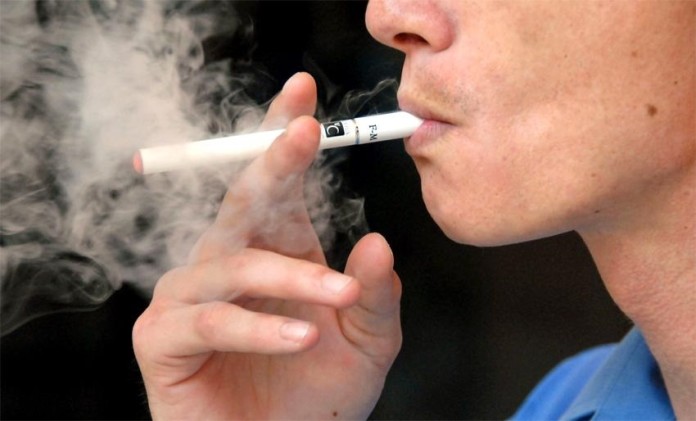 E-cigarettes were first introduced in the year of 2007 in US to cut throat the smoker’s habit which were impacting their health when they consumed cigarettes with nicotine. Now, the popularity of this concept is growing and the opinions are coming out that whether electronic cigarettes are safe or not. As, more people started consuming it so it might have long term impact. When we look precisely we should know what the things are which makes e-cigarettes dangerous for our health. Generally, all kind of e-cigarette device contains an atomizer, battery, cartridge and mouthpiece. The cartridge has the nicotine liquid solution in it which is heated and vaporized by the atomizer. Once the liquid solution is vaporized, user can inhale it as if he is mimicking the process of smoking. The solution which is present in the cartridge has different concentrations of nicotine in it, from no nicotine to the higher concentrations.

There was a report published last year by the Centers for Disease control and Prevention (CDC) revealed that the e-cigarettes related calls in the US poison centers increased drastically over 5 years. Initially, there was a single call in month, but now they receive 215 calls per month.

Dr. Tom Freiden, director of the CDC stated that the liquid nicotine which is present in the e-cigarettes can be hazardous. Also, there are the defenders of this device who says that the calls received by the poison centers are the cases of the children aged 5 years or under, so the devices are intended for adults not for the minors.

Dr. Freiden said that “Use of these products is skyrocketing and these poisonings will continue.” “E-cigarette liquids as currently sold are a threat to small children because they are not required to be childproof, and they come in candy and fruit flavors that are appealing to children”

The US Food and Drug Administration (FDA) have regulated the e-cigarette manufacturers to market the product as therapeutic. Also, last year FDA has announced a proposal that extends the tobacco regulation to include all the e-cigarettes to meet the legal definition of the tobacco product. So, this will restrict the promoters to advertise the product, especially the campaigns which are attracting the youth. But, this proposal is not yet finalized, and the health experts are still concerning about the usage of the e-cigarettes. So, consumers will have to wait for the set of measures which are used as the liquid in the cartridge.