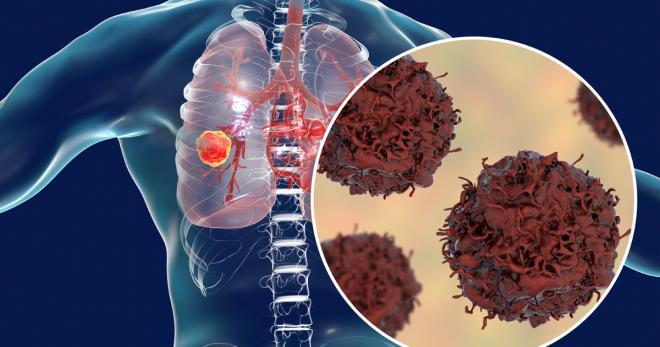 Lung cancer is one of the common cancer cases affecting the elderly population mostly. The cause can be genetic, lifestyle habits or environmental reasons. When diagnosed, the Best Cancer Treatment in India should be availed of from the top medical facilities.

9 out of 10 cases of lung cancer occur due to excessive smoking and passive smoking. The use of tobacco increases the probability of cancer manifold. It has been found that nearly 15% of smokers smoking 2+ packs a day will die developing lung cancer.

The inhalation of smoke by non-smokers is also a prime cause of lung cancer. The chemicals present in the smoke can trigger the development of cancer and increase the probability by 24%.

Exposure To a Toxic Environment

The working environment can be a tough place to cope with. For instance, exposure to asbestos fibers can be very harmful. The silicate fibers can exist in the lungs of an individual for the entire life. It can be found in the acoustic and thermal insulation of a house. Similarly, it can happen in a hazardous industrial environment. The workers, who do not take any precaution, can suffer from inhaling obnoxious gases and suspended particles in the environment. Air pollution in the major cities also stands as a prominent reason for lung ailments and cancer.

Genetic disposition can also be a cause of lung cancer. If a person has a strong link to lung cancer in his family history, he is more susceptible to developing lung cancer.

The development of various other lung diseases can elevate the risk of lung cancer. For instance, chronic obstructive pulmonary disease (COPD) and pulmonary fibrosis increase the probability of developing lung cancer manifold.

The Best Cancer Treatment in India can only be availed of from the top specialty units in the leading hospitals. A team of oncologists and pulmonologists will decide the treatment of a patient diagnosed with lung cancer based on its stage, overall health, and type of cancer.

The following are the type of treatments doctors prescribe.

The area affected by lung cancer is detected by using imaging and other techniques. On locating the affected areas, the doctors will surgically remove a significant part of the lung and some of the normal tissues surrounding them. The procedures are called pneumonectomy, lobectomy, wedge resection, and segmental resection.

High-powered X-rays and other energy beams are focused on the affected area to eradicate cancer cells. Before opting for surgery, the doctors might prescribe radiation therapy for locally-advancing lung cancer.

If the cancer is progressive and might have reached the spreading threshold, chemotherapy will be suggested and performed by the doctors. A combination of cancer cell-killing drugs will be introduced into the system intravenously to target and kill spreading cancer cells.

A drug is designed to target only cancer cells. These specific drugs will attach to the cancer cells and block their functioning to kill them.