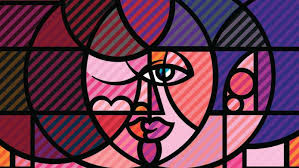 Pablo Picasso was born in Spain in the year 1881. He was a prolific painter and is known for propounding evocative and revolutionary ideas through his artwork. He is one of the most misunderstood abstract painters of all time because of his eclectic motifs. 20th century burgeoned with transforming ideas and witnessed liberation from the shackles of academic art. Picasso, like Van Gogh, was the pioneer of his own style i.e. Cubism. His maneuvering with colors and motifs led him to become the creator of some of the most famous abstract paintings in the world.

Apart from painting, he also experimented with fusing different genres of art with paintings and produced hybrid artworks. For example, some of his paintings were intermixing of 2-D and 3-D techniques into something new. He made around 1900 paintings in his career. He often got swayed by a particular color and for the same reason he is known to have a Pink and Blue period in his life. He knew his way around sculptures also. Picasso is one of the most cherished artists of modern era as most of his outstanding works are held up by museums.

Here are some of the works by the maverick.

This is one of the most thought-provoking and dark works by the painter. It shows the plight of the masses that they suffered after Guernica, a small town in Spain, was bombed by warplanes belonging to Nazis and Fascists on the implication tendered by the Spanish Nationalists during the Civil War of Spain in the year 1937. The painting is considered one of the most evocative reactions against war. The figures of a bull, a horse stricken with agony, an amputated soldier and a woman grieving over the loss of her child depict the horrors of war. The painting feature two most prominent symbols of Spanish culture- the bull and the horse.

The Weeping Woman is one of the paintings of the series that Picasso painted to protest against the bombing of Guernica. The painting depicts raw and basic human emotions with which everyone would identify. The symbols behind this work could be interpreted in two ways. Her sad and weeping mother once called him after the bombing and told her that smoke billowing from the destruction has left a deep scar on her soul. The tear flowing down from the right eye of the figure could be ascribed to Mater Dolorosa and the model of this painting Dora Maar. Picasso was in a relationship with French painter and photographer from 1936 to 1944. She had a resonating effect on his work and his ideologies.

Pablo Picasso made this sketch for a French weekly journal named Les Letteres Francaises in the year 1955 for their August issue. The sketch is of a Spanish folklore hero Don Quixote De La Mancha atop his horse Rocinante and his underdog Sancho Panza riding his donkey Dapple. The sun and windmills fill up the landscape. The painting didn’t reveal the character of a Picasso painting as it was devoid of characteristics that Picasso drew during the Rose, Blue or Cubist period.

The sketch is devoid of life. The figures and elongated and blurry. One could hardly make out the silhouette of the hero and his sidekick. Although, the horse stands out prominently. Sancho is looking up to his master for affirmation while Mancha’s gaze seems to be fixed on a distant object.

This painting marks the transitory period of Picasso’s life from the desolate blue period to the vibrant Pink or rose phase. Actually, this was kick-started by Picasso falling in love with Fernande Olivier. She was a French artist and played model for Picasso’s 60 paintings of her. He overcame his grief and solitude and welcomed the colors of love shape his way. His pure and absolute abstraction was getting recognizable and respectable shapes. He left, for some while, the depiction of darker emotions and replaced them with lighter one. The Boy with the Pipe serves the best example.

The Accordionist was created by the celebrated painter in the year 1911. The painting is made in pure abstractionist style and owing to its eclectic shapes is unrecognizable with anything concrete. The title demystifies a lot about the painting. The work shows a man playing a musical instrument- The Accordion. The style of depicting three-dimensional reality on a two-dimensional plane was the brainchild of Pablo Picasso and Georges Braque. Analytical cubism is known for distorting the subject matter but the painting was less distorted.

Pablo Picasso was much ahead of his time and never shied away from expressing his ideas. The art world cherishes and tries hard to maintain his legacy.