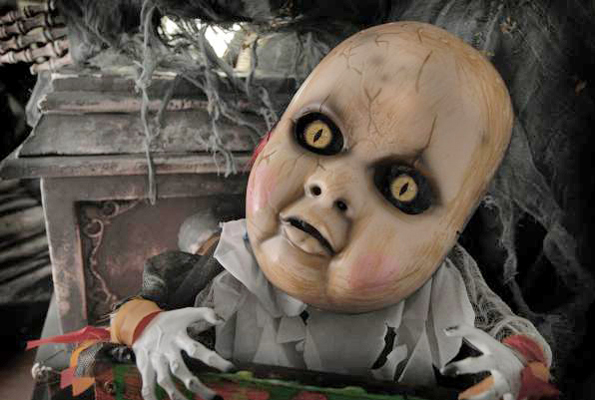 Most of us have some form of a minor phobia or two, it’s not uncommon.  However, there are some people whose entire lives are virtually debilitated by their fears.  And for those that don’t suffer from these fears and phobias, it can be tough to understand.

So we thought we’d look into a few of them as examples.  While there are many more than we’re covering here, here are ten of the more unusual phobias that are impacting people these days.

1Automatonophobia: Fear of a Ventriloquist’s Dummy

Not sure why anyone would think of this as a disorder?  If you really think about ventriloquism, it’s a bit off base wouldn’t you say?

Think about it –  it’s a man (or woman) with their hand up a doll’s butt and he talks to it along the way. So while there is a name for this concept, it may not need treatment or be of the severity like some others on this list.  Well, that is….unless you are a ventriloquist!

Mageirocophobia or, The Fear of Cooking

My mom had the fear of cooking!  It’s called “mageirocophobia” and derives from the Greek word mageirokos which means a person skilled in cooking.

Actually, my mother says she really didn’t she just got tired of cooking.  But for those that do have this disorder, it can be debilitating and difficult.

Those who suffer from mageirocophobia often feel extremely intimidated by those that are skilled in cooking, and this intimidation and feeling of inadequacy could be the root cause of the disorder for many.