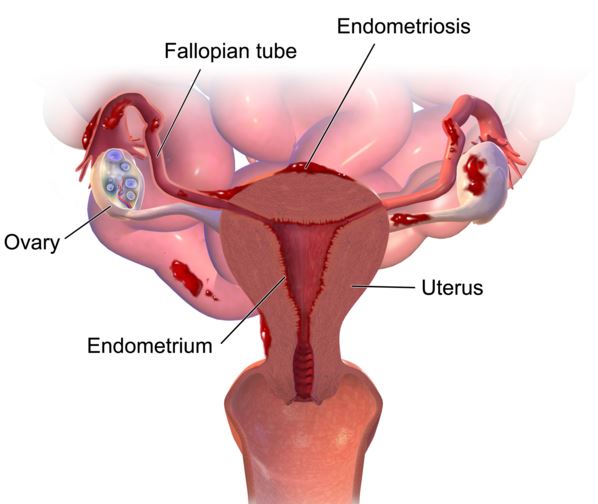 What is endometriosis?  A lot of women in their productive years are unable to work and socialize freely because of the discomfort and stigma associated with endometriosis. Unlike some of the better known ailments, it’s not a lifestyle or necessarily an heriditary disease and any woman risks the chance of suffering the symptoms of endometriosis.

1How Many Women Suffer from Signs of Endometriosis?

Both teens and young women are equally affected by this with figures showing about 7.6 million women in US, 1.6 million in UK and 550,000 in Australia suffer from endometriosis.  Estimates go as high as 176 million women are impacted world wide.  The financial ramifications of this many women suffering from this is huge!

Unfortunately, gynecologists don’t have the expertise to remove endometrial tissue. In complicated cases, it can be very difficult to locate or see the tissue especially if the growth has affected the bladder or bowel which most gynecologists don’t deal with. As mentioned before, there are several misconceptions associated with endometriosis for the simple reason that there are several issues people don’t know about this condition.